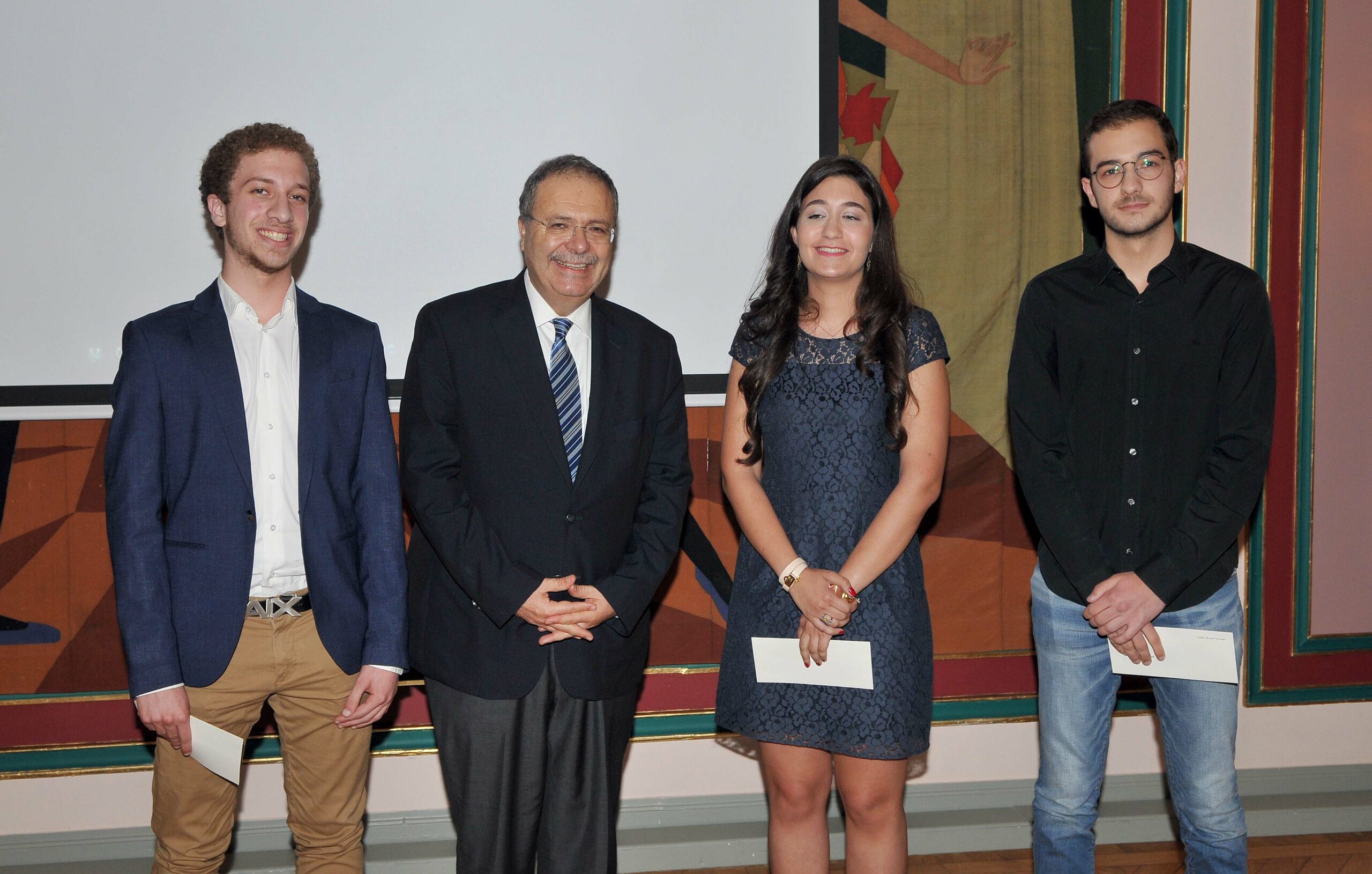 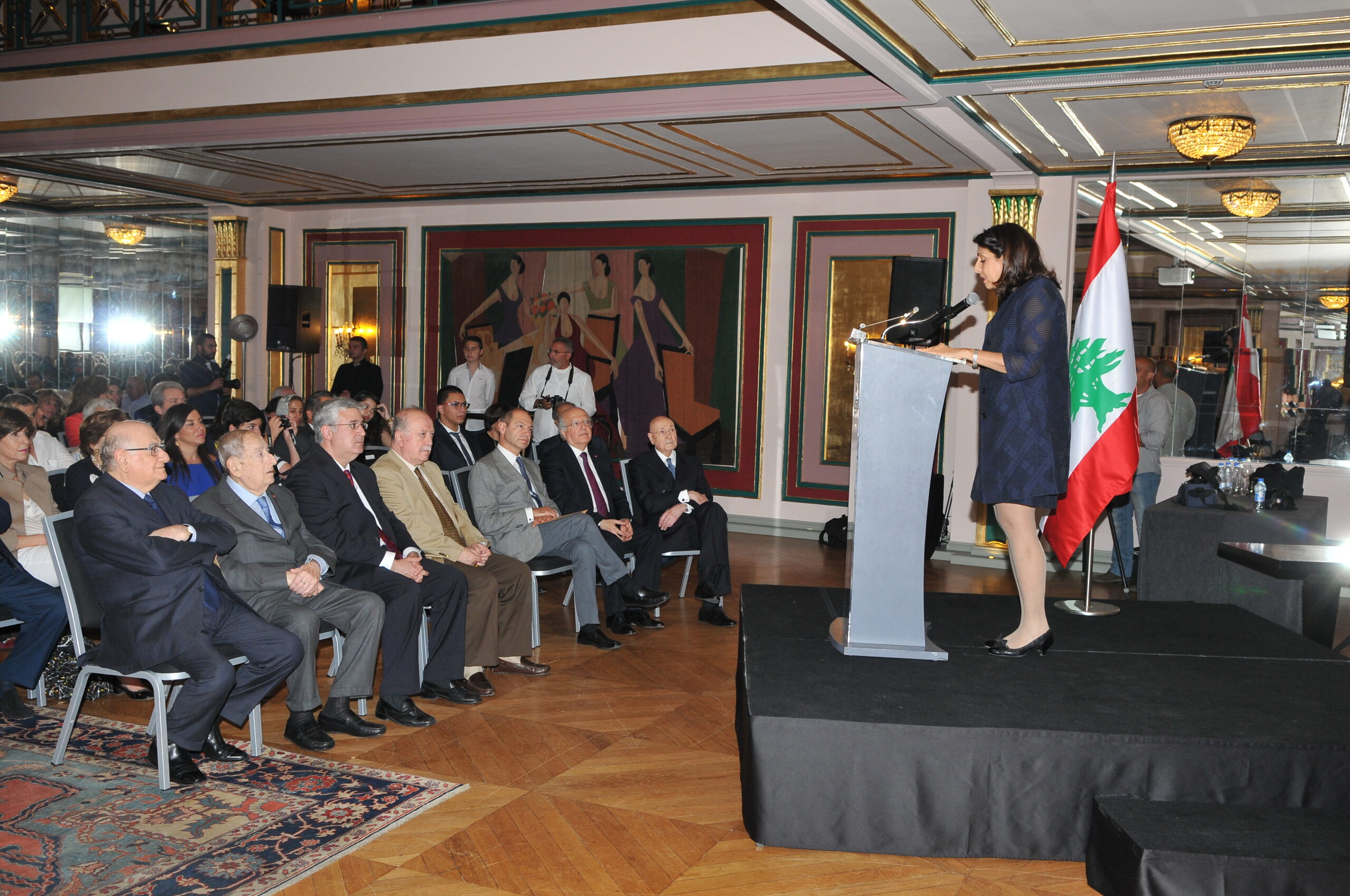 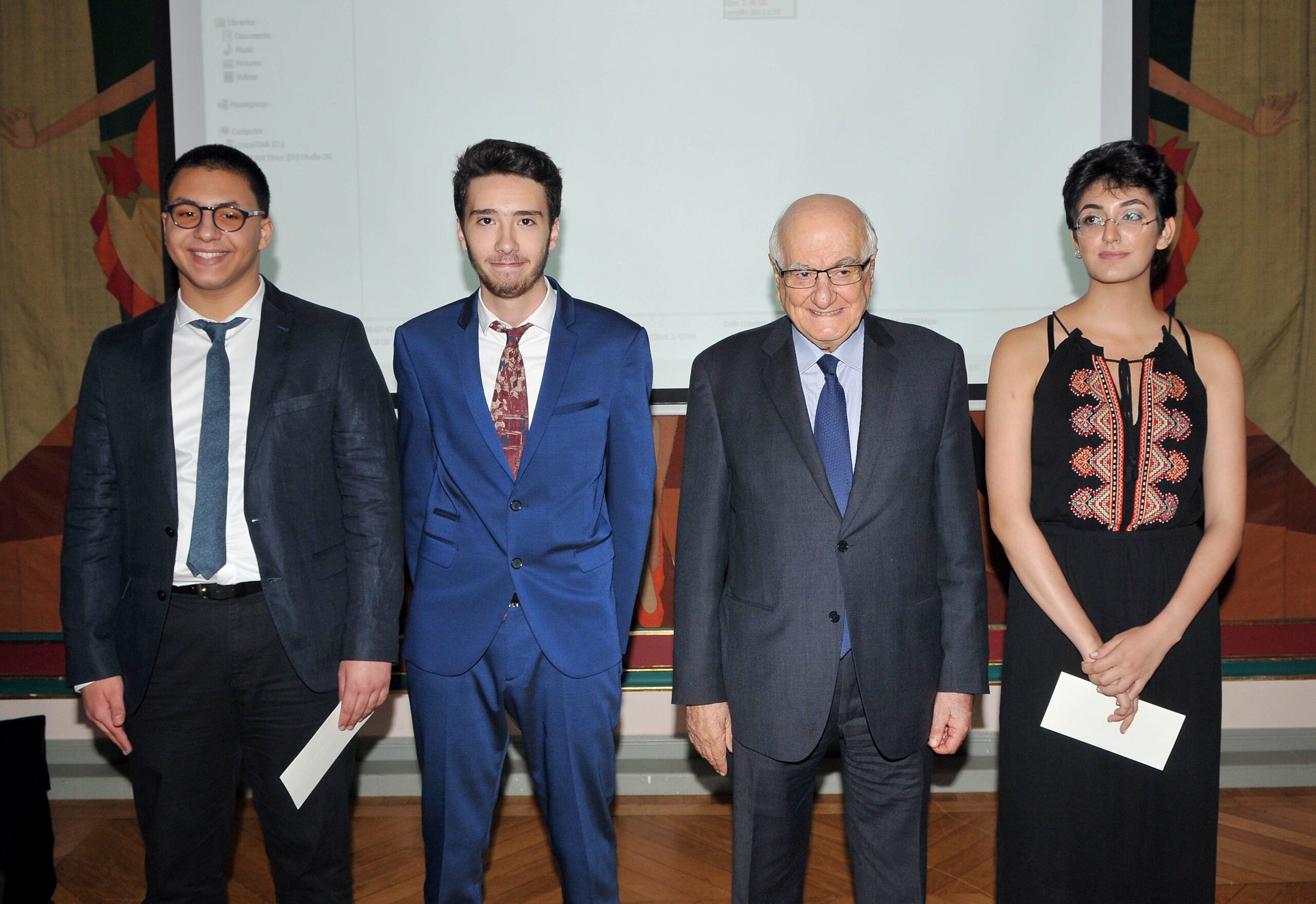 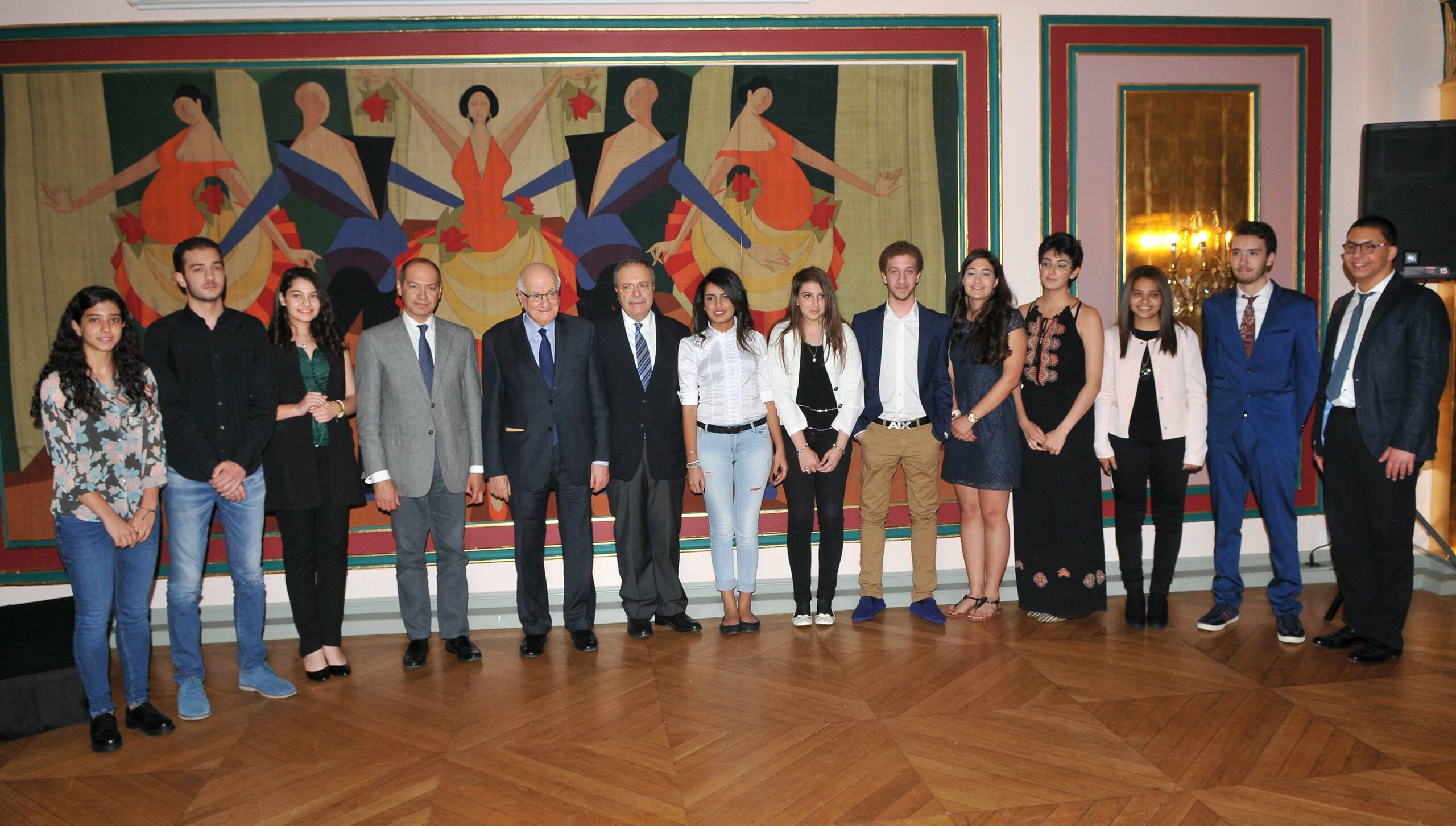 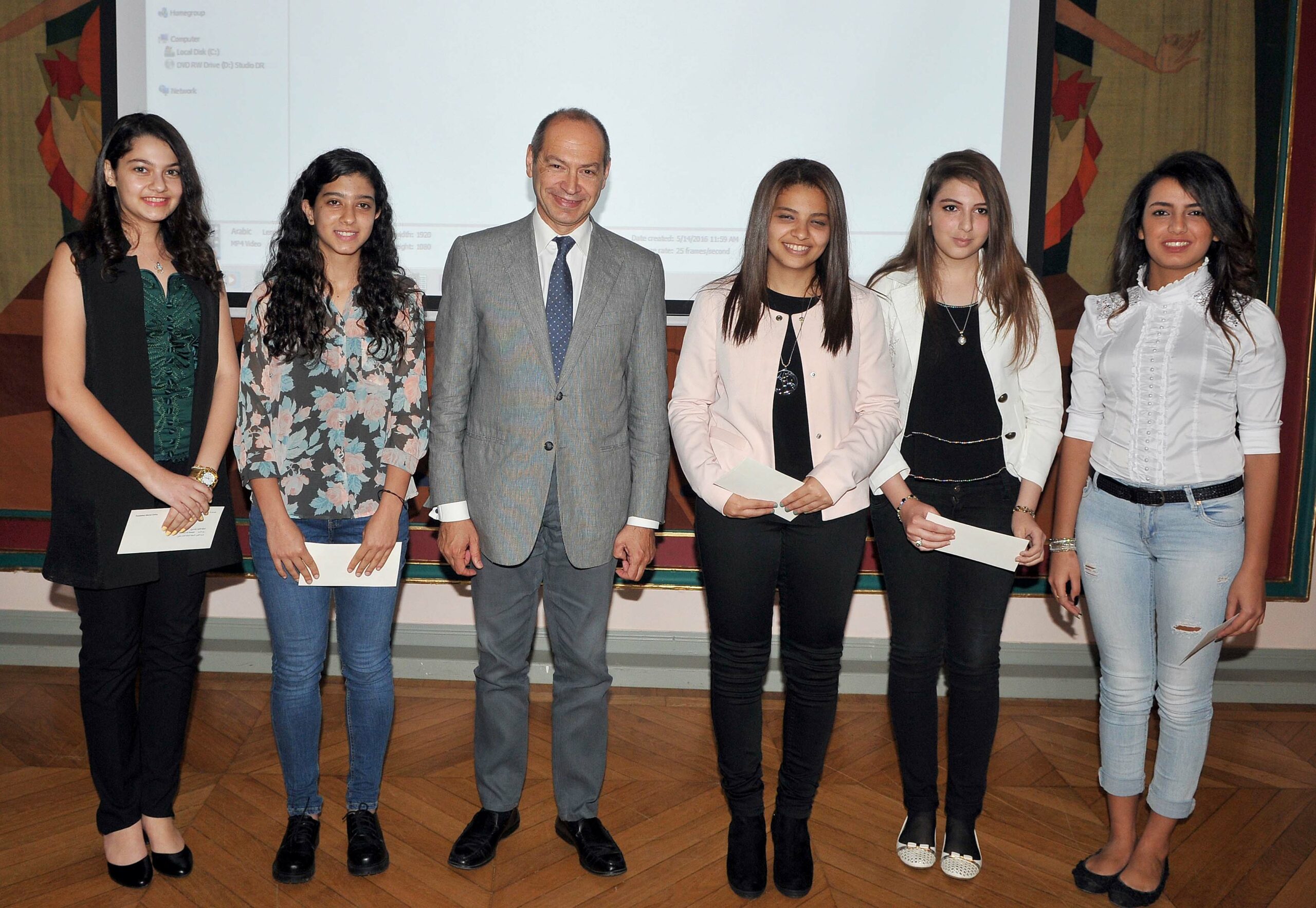 Back To All Writing Competitions
Following the recommendation of several school principals, the Michel Chiha Foundation has decided to submit two topics for the 2016 inter scholar competition. The competition took place on March 5th, 2016, at the Moevenpick Hotel Beirut.

Here below are the two themes (quotes from Michel Chiha’s writings):

“When confessions have no political representation, religious chiefs will naturally represent them. Thus, rather than tempering themselves and blending into the life of the nation as befits a country this century, confessional issues bounce back and are exacerbated”. Domestic Politics, August 30th, 1944

“Palestine, a land sacred to three faiths, Christian, Muslim and Jewish, is for this reason and others, indivisible; the international trusteeship formula must be retained for it so that none of the protagonists can dominate the other or others”. Palestine, May 3rd, 1946

151 participants from 22 schools participated in the language of their choice.

4 subjects/themes from Michel Chiha’s books have been proposed; 2 from Domestic Politics and 2 from Palestine:

Subject 1: “As I have explained for some time, for us, the Chamber of Deputies (…) is the official demonstration of our ‘desire to live together’ and the will to share in the state’s gestation period. If we abandon this, we will instantaneously fall into religious assemblies (…).” Domestic Politics, July 30th, 1947

Subject 2: “You need not be a wizard for the administrative machine to function better, for the state’s money not to be wasted, for holidays not to become even more numerous, for an election not to become a deception, for citizens to find civil servants who listen attentively, and for favor and intrigue not to violate laws systematically.”
Domestic Politics, December 12th, 1946

Subject 3: “Arab resistance is not only necessary; it is vital. In the long term, it is true, it is genuinely a matter of life and death for the Near East, from Asia to Egypt.”
Palestine, May 18th, 1948

Subject 4: “Hence an unstable Near East is in the process of becoming one of the sins of the world.” Palestine, January 6th, 1949

Watch the presentation of schools and award ceremony here

The Foundation is proud to announce the winners of the 2016 competition:

In the Arabic language category:
First Prize was awarded to Aline Meghaizel of the Lycee St. Elie in Darb Essime in Sidon.
Second Prize was tied between Raneem AI Assaad of the National Evangelical Institute for Girls and Boys in Sidon and Hind Choucair of the Makassed-College Khadija El Kobra in Beirut.
Third Prize was also tied between Rima Saliba of the College des Soeurs des St. Coeurs in Jbeil and Ayten Diab of the Institution St. Anne des Soeurs de Besanyon in Beirut.